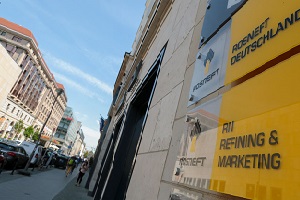 Rosneft Deutschland GmbH, a subsidiary of Rosneft Oil Company, had signed a number of contracts to supply its own Jet A-1 aviation fuel in 2019.

As a part of ongoing efforts to boost the sales of aviation fuel in Germany, the company signed several contracts to refuel airplanes at Schönefeld Airport and Tegel airport in Berlin, and International Airport of Munich. Rosneft aims to meet the growing demand for jet fuel by expanding production and sales both in Germany and in the European Union.

Company’s refinery in Brandenburg produces about 300.000 tonnes of jet fuel annually, which accounts for about 50% of total consumption at both Berlin airports.

The launch of refueling operations in Germany is a part Rosneft long term strategy to expand its business overseas. At the moment, international network operates in Mongolia, Georgia and Germany.

Rosneft Aero is a leading jet fuel supplier and a subsidiary of Rosneft Oil Company. Today Rosneft Aero provides into-plane fueling services at 42 airports in Russia and overseas including Moscow, Saint-Petersburg Sochi, Krasnodar, Irkutsk, Vladivostok, Anapa, Yuzhno-Sakhalinsk, Berlin and Munich in Germany, Tbilisi, Batumi and Kutaisi in Georgia, Ulan-Bator in Mongolia and many others.